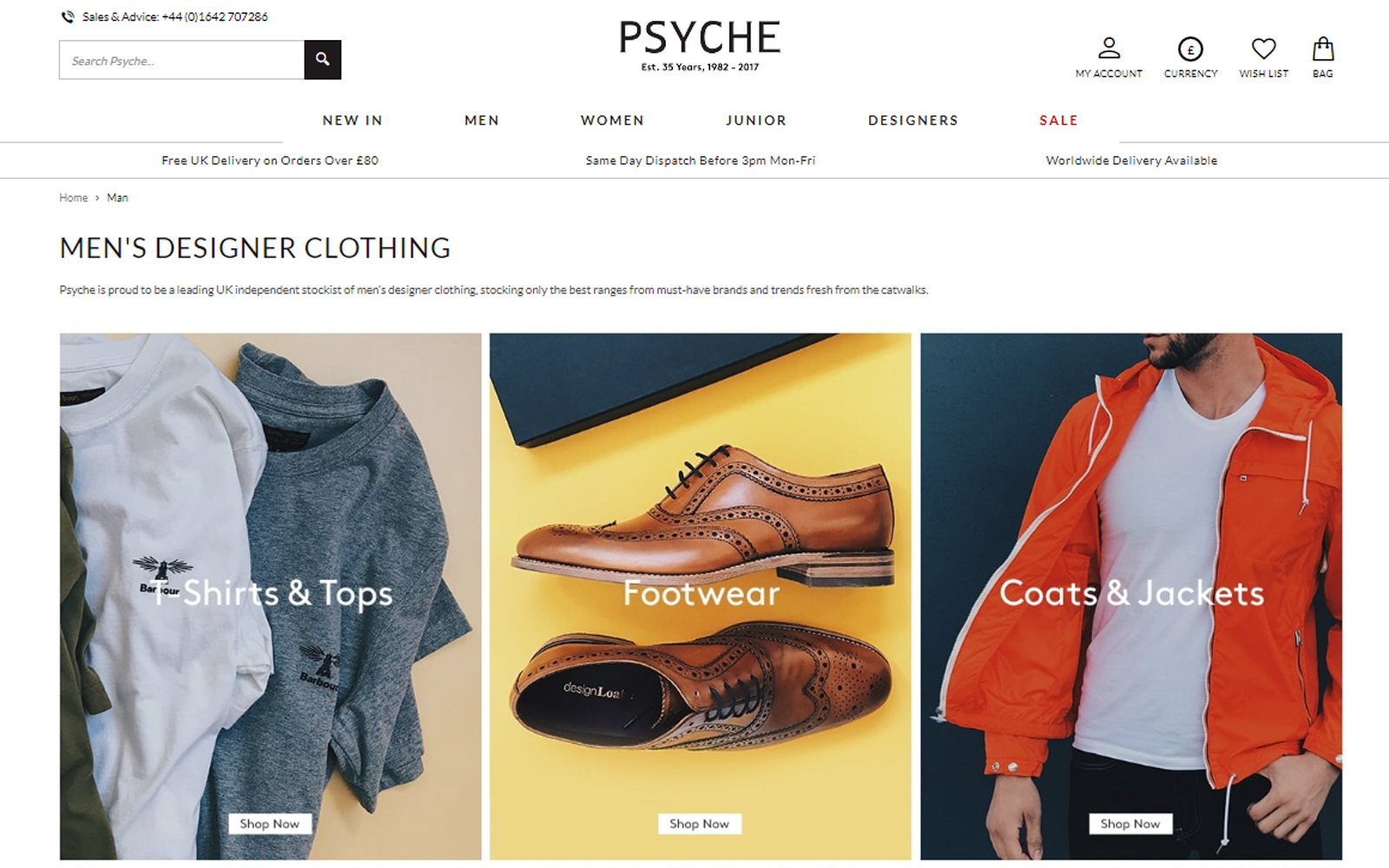 Psyche consists of a 35,000 square foot luxury fashion boutique hosting over 200 of the most sought after designer brands spread across four departments.

Over the years Psyche has attracted great interest from many plaudits in the fashion industry and has won a string of awards along the way, including the much coveted Drapers Fashion Awards on two separate occasions, FHM magazine’s Retailer of the Year, GQ Magazine’s Best Menswear Shop and runner up to Harrods in Department Store of the Year 2012