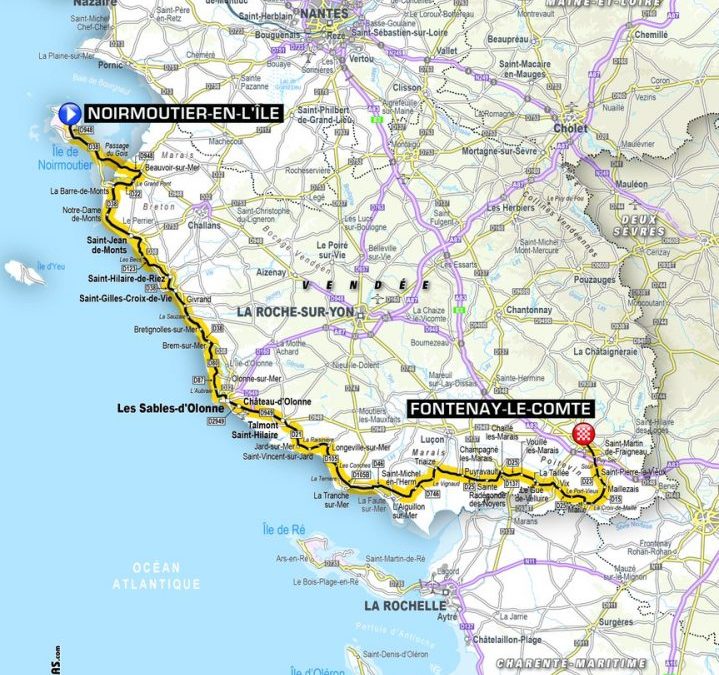 The Passage du Gois is one of the rare road paths to be entirely covered by the sea at high tide… but that tide is nice enough to move away and welcome, from time to time, the riders of the Tour.

In 2011, the start of the race had taken place on the passage and appeared to have inspired Belgian Philippe Gilbert on his way to his first and only stage win on the Tour. The 2018 edition will take that same direction for a first part of the stage by the sea, going through Saint-Jean-de-Monts and Les Sables-d’Olonne, before finishing in Fontenay-le-Comte.

View the route on Strava.

Any donation helps Prostate Cancer UK or sharing this would really help me get some donations too!